Building Your Own Ag Tech Company

Building Your Own Ag Tech Company

Through constant journaling throughout his childhood and traveling the country as a national FFA officer, he found that there was a strong need for assistance and data in buying, selling, and valuing ag real estate – a void he thought he could fill with the use of technology. He was right and Farmland Finder was created – a real estate tech player, it leverages data and technology to make the process of buying and selling farm land simple.

“When I grew up on the farm, I didn’t know what the word ‘entrepreneur,’ meant,” Steven says. But in looking back, at his grandparents, his dad, his aunts, and uncles – that’s exactly what they all were. That all-in mentality of working hard for a job you are passionate about is what Steven took with him into his Ag Entrepreneurship class at Iowa State University.

This further inspired Steven to become an entrepreneur – a lot of how they were able to do what they did was through their own businesses. How they spent their time on what they valued and what they wanted to do with their life – it was how they spent every day as a part of the company that they had created.

Upon returning to college, Steven saw the Ag Entrepreneurship Initiative Class and thought to himself, “I think that’s like having your own business.” He walked straight into their office and asked for an internship with someone who had started their own company. While they may have laughed at how late he was in asking for an internship for that year, being that it was late March, he was able to get an internship the next summer with a former FFA state president who had started his own business.

“That got me really excited about [ag entrepreneurship], and then I was able to identify an idea and grow the business from there.”

In January of 2015, Steven had journaled “Do something online in agriculture.” Underneath that statement was a brainstormed list of a million different ideas on how you could leverage the internet in agriculture technology. Taking that list into his Agricultural Entrepreneurship 101 class, the first thing he did was identify areas or problems that he had experienced in agriculture that he thought would be worth tackling.

“It was interesting, because as I looked at those ideas, I looked to see what would be helpful,” Steven said about the thought process. He was immediately taken back to his family farm and issues in expansion on the dairy, to a few months prior to that moment when he was at a town hall farm auction where he watched potential buyers furiously scribble data and facts down to try and make an educated, yet hurried, decision on bids, and a multitude of other foundational snippets and seeds that were planted.

The class challenged Steven but he found his focus: Ag Real Estate.

“Whenever you start something new, you need to be able to learn as rapidly as you can.”

Putting in a lot of time and effort to make sure he was educated on the topic of ag real estate, Steven spent time talking to institutional land investors, farmers, land owners, appraisers, and more. He identified that every single group of people were spending hours and hours researching the land market to have educated answers.

During his junior year, he started tracking farmland sales in an excel spreadsheet and started selling those to companies. Then he found software developers and began making it even more transparent to the public.

On course to be an Agriculture Education teacher, he was nearing the point in his collegiate career where he needed to make the decision on if he could take the time off from his business and passion to student teach for a year.

“With the business, do you have an opportunity to do it after one year, or would it die?” His counselor wisely asked him.

“I realized I couldn’t give myself to both student teaching and building a business; I had to make a decision,” Steven says. “Up until that point, it was really just sliding into it to see if there was something there.”

“You can’t let that fear [of a competitor stealing your idea] be so debilitating to not build it,” says Steven about the fear of corporate competition with your idea. A ridiculous focus on your customers and that relationship is important to make sure that those customers remain loyal to your business.

While there is no one doing exactly what Farmland Finder is doing, there are many players in the field. Steven and his team watches for those competing in market shares and focus less on the competition and more focus on the customers and the individual assets of the business.

“If people love you, they’ll keep using you. If they don’t, they will look elsewhere.”

When Steven first started his company, he was doing everything. As he brought on employees, he took to heart a quote from Donnie Smith, the CEO of Tyson Foods, “You need to learn to be okay with settling with someone else’s best.”

This isn’t meant in a derogatory way, but in a faith in your employees to understand the vision of your company and not need micromanaging to get to where they are going. If you can point people in the direction that your business is going and align their expertise, trust them and be okay with their best – then on the whole, you can get a lot more done.

Steven and Farmland Finder will be spending the remainder of the year focusing on their customers by “diving in and falling in love” with them. With no idea of the depth their business can go in the future, focusing on the customers of today will only help them get to where they need to be for the ultimate success.

Make sure to subscribe to the AgGrad YouTube Channel to learn more about career opportunities in agriculture and follow along on the special “30 Under 30 in Agriculture” series!

This article originally appeared on AgGrad on July 8, 2019. To view, visit https://aggrad.com/steven-brockshus/.

Create a verified buyer profile to get access to land for sale that fits your specific criteria.
Success!

Your verified buyer profile has been created. A FarmlandFinder representative will be in contact to gather additional information.
Oops! Something went wrong while submitting the form.
More from Our LEARNING CENTER

Based on the data, more land has come to market, so far, in 2018 than in 2017 and the trendlines in many of the following tables indicate some softening has occurred in land prices. 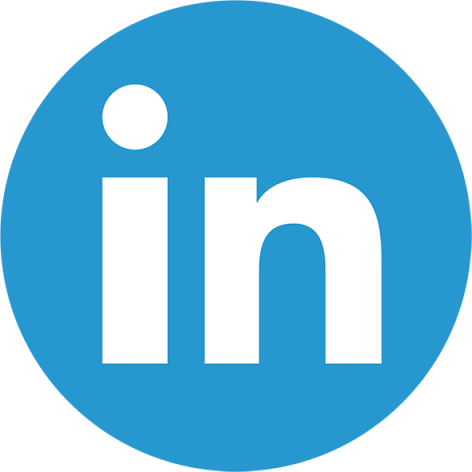 For Farmers
Get My OfferWhy Do a Sale-leaseback?White PaperCase StudiesFarmer FAQs
For Investors
Join for FreeWhy Farmland?Learning CenterSearch Active ListingsInvestor FAQs
Enterprise Tools
Enterprise LoginWhat is Enterprise?Video LibraryHelp Center
About
Who We AreTerms of ServicePrivacy Policy
FarmlandFinder Brokerage LLC is Licensed for Real Estate in Illinois, Indiana, Iowa, Nebraska, North Dakota, Minnesota, South Dakota and Wisconsin
Announcement! icon We have been acquired by EasyKnock & will be re-launching the FarmlandFinder marketplace soon.
Learn More